A non-alcoholic spirit? Isn't that an oxymoron?

I fully expected some commentary along those lines when we embarked on our journey with Lyre's, and I was not disappointed.

But I am pleased to say that these voices are in the minority, having personally introduced many consumers to our brand and cocktails in recent weeks.

In fact, chatting with drinkers has only confirmed my view that the days are numbered for the word 'spirit' to connote an alcoholic beverage.

Language evolves, particularly English. The word 'carriageway' no longer implies horse drawn carts, 'trolls' are not confined to fairy tales, and going 'viral' may not be a doctor's concern.

We've seen the definition of 'milk' slowly evolve to encompass plant-based products such as soy, almond and oat, to the consternation of the dairy industry.

The same thing is already happening to the word 'spirits', as we're seeing this tectonic shift in how consumers are drinking.

People still want the highly intense liquids that are evocative of spirits in their traditional sense, as part of their beverage choices. 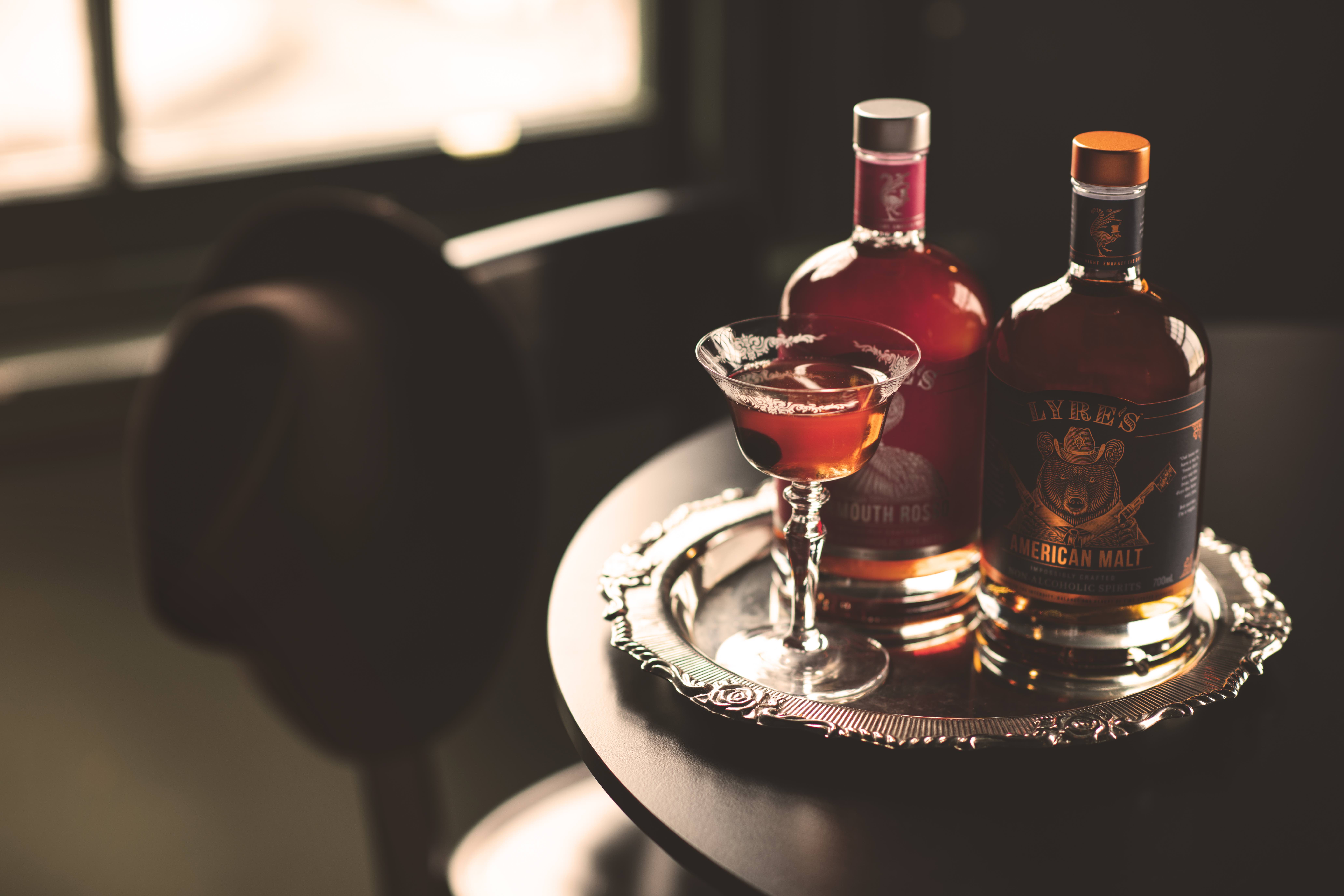 A Manhattan cocktail made with Lyre's Non-Alcoholic Spirits

Well made non-alcoholic spirits have exactly the same utility, just without the ethanol in them.

They match the flavour intensity, the complexity, and they're used in exactly the same drinks occasions. You can drink them neat, you can mix them, or you can put them into cocktails.

For consumers, I think it feels natural to refer to them as spirits already. It simply requires a prefix, which is non-alcoholic, because they deliver the same sort of experience that the originals do.

This evolution is happening not just in the core descriptor, which is spirits, but also in the subcategories of spirit as well.

We're even seeing gin evolve from its origins as a spirit that is defined by juniper. There are completely juniper-free gins on the market now, which are proving incredibly popular as well.

Perhaps more confounding for the naysayers is the rise of alcohol-free cocktail bars across the US and the UK.

Enjoying an expertly mixed drink, and the theatre and pageantry that goes along with it, is clearly something people desire with or without alcohol.

And a speakeasy is a dark and intriguing environment to meet a date or connect with friends, regardless of what's in your glass.

I believe consumers will increasingly demand that they do so, beyond the sugary mocktails that to date have been included only as an afterthought.

I am sure there will be some in the old guard that will fight the evolution of 'spirits' to include non-alcoholic products.

That's to be expected, given the continued volumetric decline in alcohol sales, which must be genuinely scary for distillers.

But in short, the non-alcoholic genie is out of the bottle. Consumers 'get' non-alcoholic spirits, and based on our experience so far, they have been waiting on their arrival for some time.