Balancing regular exercise with work and social commitments can be challenging for anyone.

This is even more so the case if you work in the hospitality industry, like Grant Collins, founder of Sydney bar  Gin Lane.

Alcohol and late nights are inevitably part of the job, and Grant says he has had to make a conscious effort to keep himself in check.

"I enjoy drinking spirits, and being creative with alcohol in the bar, so it would be pretty tricky for me not to drink at all," he says.

"But if you want longevity in the industry, you can't continue with that lifestyle forever – it's just not sustainable.

"I decided that I'd rather balance it out than go cold turkey, so I decided to get involved in some more extracurricular activities that didn't involve alcohol."

Grant had long enjoyed running for exercise, but moving into his 40s, set his sights on a new challenge.

"I'd done ten half marathons, so I didn't think it would be much of a jump to do a full marathon," he says. "But therein lies the problem!

Someone said to me before I'd run my first marathon, it's double the distance but four times as hard," he says. "I think that's pretty close to the truth. It becomes such a mental game as well as physical."

Grant says training for a marathon requires serious dedication in the three months leading up to the race. "If you want to do it in under four hours, you need to be running 75 to 80 kilometres a week," he says.

"That's eight-plus hours of running. Your Sundays are a write-off, it's just a 35-kilometre run every Sunday.

"What that means is pretty well three months of 'picking your battles'. Maybe you go for a few drinks, but definitely no drinking in the last four to six weeks.

"Hydration is such an important part of endurance running. I have to drink three and a half litres of water during a marathon. ”It's pretty hard to get that amount of fluids into you.

If you're throwing booze into the mix, which dehydrates you anyway, it's not a good idea."

Grant says the arrival of products such as Lyre's Non-Alcoholic Spirits has proven very timely as he pursues a healthier lifestyle. "Luckily for me, it's not the alcohol that I'm drawn to, it's the taste," he says. 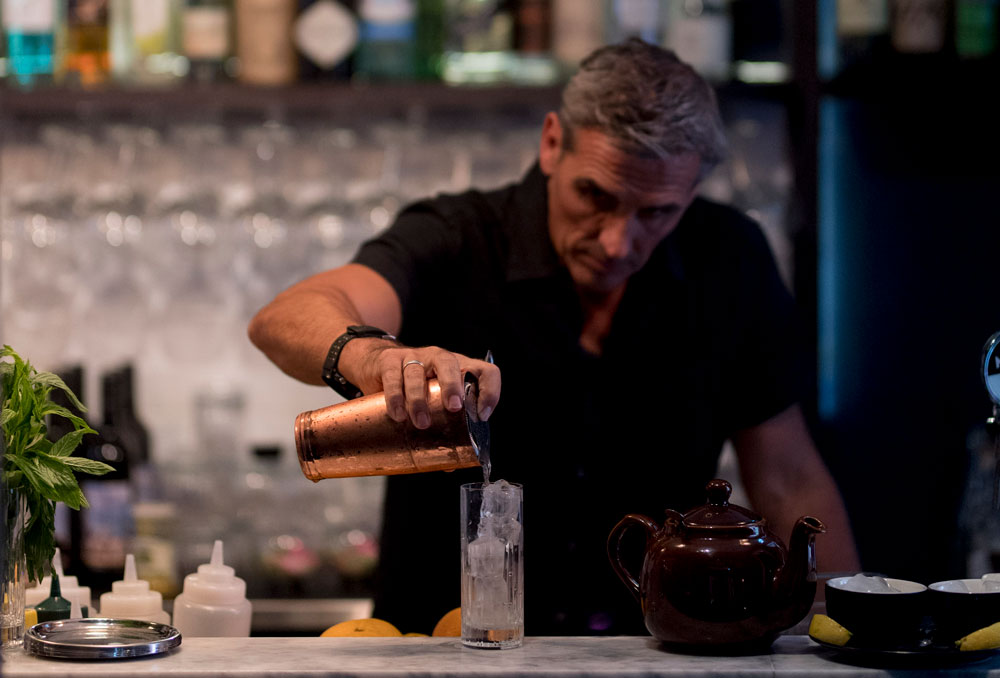 "Kicking back and having an alcohol-free beer or negroni is quite nice and it's a little reward after a long day at work.

"It's great to be able to still get a cocktail that still tastes like a real drink, without it having the alcohol in it”.

"It's not the poor option anymore. I think eyebrows used to be raised if you didn't drink, but it's no longer frowned upon, which is great."